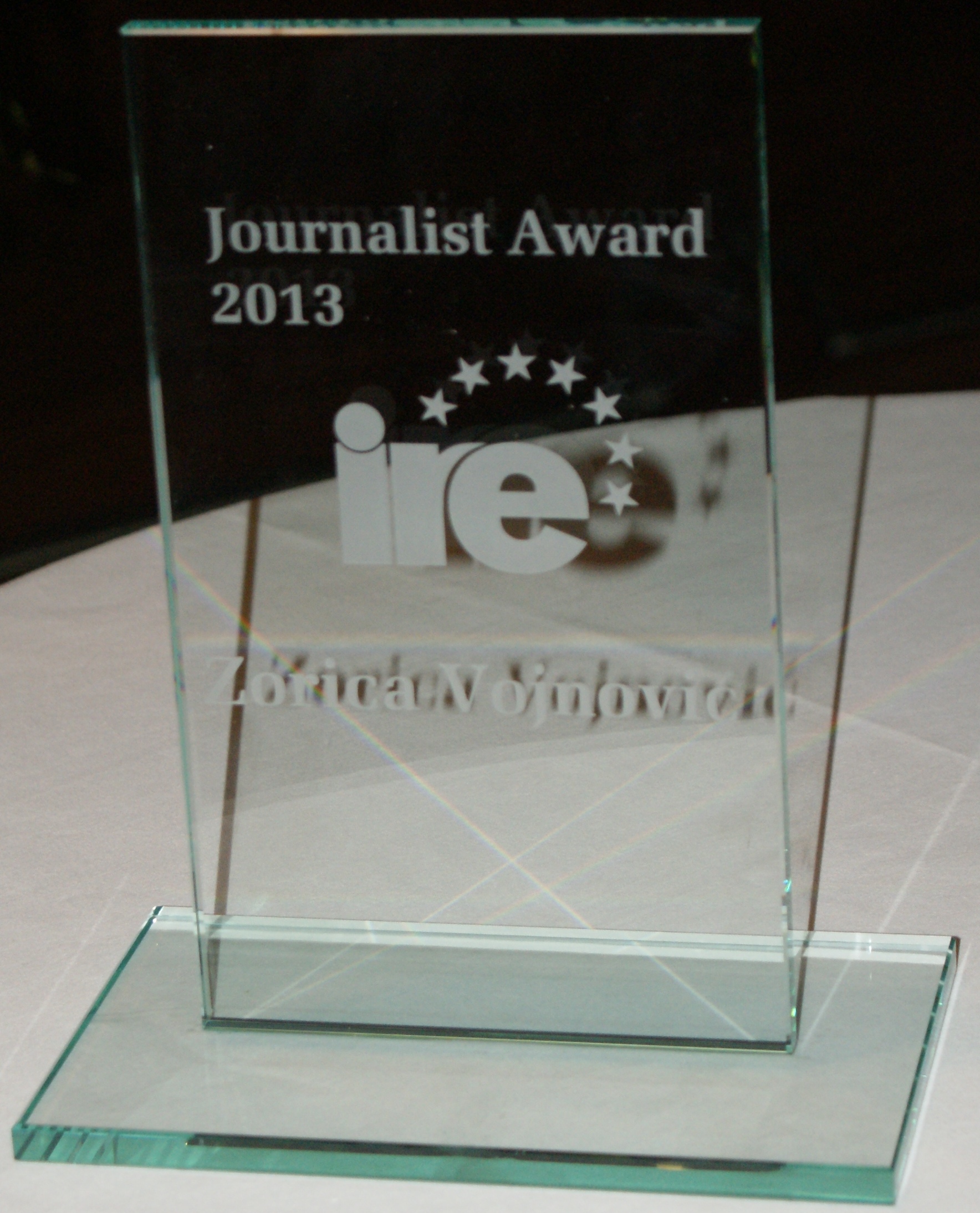 Since 2013 the IRE awards the IRE journalist award to media representatives for their extraordinary medial involvement in the field of European regions and regionalism. As the Chairman of the IRE Dr. Franz Schausberger emphasized, it is not always easy to convey the idea of regionalism in the media. Between major international and national events, which are of great interest to the world, and local events, which are only to the immediate interest of the affected population, require a particularly journalistic commitment and interest.

For their special efforts as “Ambassadors of Regionalism” to convey the concerns and problems of the regions and cities, the IRE Journalist Award has been awarded the following persons:

Born in Vienna in 1965, he was employed by the “Tiroler Tageszeitung” in Vienna from 1988 onwards. Since 1993 he has been the editor-in-chief of “Salzburger Nachrichten”, and in 2007 he became deputy director in his Vienna editorial office. He writes the satirical column “Purgertorium” and was author of the Chancellor’s biography “Wolfgang Schüssel – Offengelegt”.

Is a German author and translator. She studied economics at the University of Cologne and translation at the University of Pompeu Fabra in Barcelona. She worked as a freelance journalist for German daily newspapers and has lived and worked in the USA for several years until she moved to Catalonia in early 2002. Because of her extensive knowledge of the Catalan citizens’ movement and her international perception, she was translated with the translation of the book “Catalonia calling. (Sàpiens Publicacions, 2013), which has been sent to numerous influential figures around the world. Krystyna Schreiber is also the author of a study on the perception of the Catalan independence movement in the German media (University of Pompeu Fabra).

Currently in Vienna. Journalist since 2008. Since 2013 editor in the Eastern European office of the Austrian daily newspaper Wirtschaftsblatt. Before this, freelance journalist in Bucharest. Focal points Romania and Moldova.

„Franz Neumayer has been a press photographer for nearly 20 years, wherever there is something to report. He provides not only current pictures from the Salzburg regions, but also from many other regions of the world and he has an eye for the artistic. He is a true master of his subject – three years ago he passed the master’s examination with distinction – since this year he has also been an expert on photography in the field of photography. And, of course, he has always accompanied us as an institute of the regions in the last ten years. Also a thank you“

Publisher and chief editor of the magazine “Region”, from Belgrade, Serbia. She regularly presents various regions of Europe and reports on their concerns and problems.

Former chief editor of the “Tiroler Tageszeitung” and “Furche” has helped to convey the topic of regionalism and decentralization in very profound reports and thus deepened the understanding of regionalism.

Former deputy chief editor of “Raiffeisen-Zeitung”, during his professional activity in the regional and cultural departments he wrote a variety of reports about the Austrian regions as well as other parts of Europe, especially Eastern and South-Eastern Europe.